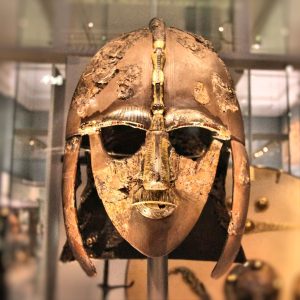 In the unlikely event of you being stuck for something to do during your hot tub holiday in the heart of Suffolk, you can always explore some of the county’s cultural history.

We’ve compiled this list of local museums which are all within easy reach of Windmill Lodges. You are advised to check with the museums on their opening times closer to the time of your stay with us.

This museum is housed inside the Tudor timber-framed building which also serves as the meeting place for Aldeburgh Town Council. The exhibits tell the story of the town, from Roman times up until the present day. The principal exhibits focus on Aldeburgh’s growth as a fishing port and, more recently, as a major tourist attraction.

Dunwich used to be a major port and religious centre on the east coast. With a naval base, eight churches, monasteries and hospitals, it had population of around 3,000, making it one of the largest settlements in England. Coastal erosion, and in particular two major storms in the 13th and 14th centuries, destroyed much of the town. This dramatic story is told in a series of exhibits in the museum located on St James’s Street.

This museum is near the railway station and charts the growth of the town, going back thousands of years to Mesolithic times, when there was first evidence of a settlement in the area. More recent exhibits focus on Halesworth’s importance as a centre for the commercial malting industry.

The museum is located within the grounds of Framlingham Castle and is included in its entrance fee. Harold Lanman was a noted antiques dealer whose private collection of artefacts was stored at various locations around the town. Now they are housed together on the first floor of the castle, and the collection include valuable pieces from the Victorian and Edwardian eras. However, the curators are always on the lookout for more modern pieces, with the only condition that the item must come from within a five-mile radius of the town.

This museum, in the town’s Main Street, tells the story of Richard Garrett and Sons, who made farm machinery, steam and traction engines and trolleybuses. As well as plenty of interactive exhibits, there’s also information about two important female members of the family, Elizabeth Garrett Anderson and Millicent Fawcett. The former paved the way for women to practise medicine in this country and the latter was in important figure in the Suffragette movement.

This is inside Orford Castle, a 12th century structure dating back to Henry II’s time. The museum includes historical information and artefacts from Orford Ness, Gedgrave, Havergate Island, and the surrounding villages, as well as Orford itself. The centrepiece of the collection is the regalia from the former borough of Orford, which dated from the late 16th to the 19th centuries.

Opened in 2004 by former Blue Peter presenter Peter Purves, Saxmundham Museum tells the story of Benhall, Kelsale-cum-Carlton and its home town. It is split into five main rooms – recreations of the town’s railway station ticket office and cinema, a street scene, a reference room and The Green Room, which includes a Children’s Corner as well as models and displays on local artists, clockmakers and the town’s own sports car manufacturer.

This cottage museum in Victoria Street covers all aspects of Southwold’s ancient and recent history. Nearby sea battles, the remains of Viking vessels found close by, the town’s landlocked lighthouse, and its growth as a fishing, tourist and brewing town. All of these exhibits are given space in an attraction museum which was voted the county’s ‘Museum of the Year’ in 2016.

Southwold can boast three other museums. The Sailors’ Reading Room on East Cliff is full of seafaring memorabilia. The Alfred Corry Museum, at the harbour mouth, gets its name from its central exhibit, a restored lifeboat which originally saw service from 1893 to 1918 and the Adnams Museum on East Green tells the story of one of Suffolk’s most famous breweries.

This 255-acre site close to the River Deben is world-famous as a major burial site dating back to Anglo-Saxon times. In 1938-9 local archaeologist Basil Brown unearthed a burial ship which historians believe was the final resting-place of Raedwald, King of East Anglia. The finds include a suite of metalwork dress fittings in gold and gems, a famous ceremonial helmet (pictured), a shield and sword, plus many other precious artefacts from the time.

Although some of these are now housed in the British Museum in London, there are plenty of replicas and originals to see at the Suffolk site. The whole story has also been told in ‘The Dig’, a major film recently released on Netflix and starring Carey Mulligan and Ralph Fiennes.

All our lodges have their own private hot tub, en-suite shower room, TV and free Wi-fi. We also have two pet-friendly log cabins, the Woodpecker and Wagtail lodges.

If you are interested in booking any of our lodges, you can email us to check our current availability by clicking on this link. Our bookings calendar is currently open from Monday, April 12 onwards and we are offering you the chance to ‘Book with Confidence’. This means, if you book a holiday with us, we can transfer your booking to another date with no extra admin charge, issue you with a credit voucher to use at a later date or offer a full refund.