Suffolk Literary Festivals to Visit During a Stay at Windmill Lodges 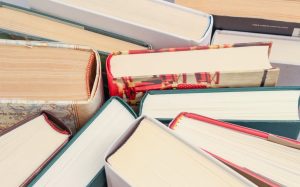 Suffolk is a county steeped in literary tradition, inspiring famous writers including George Orwell, Arthur Ransome and Hammond Innes – and Windmill Lodges is an ideal base to can take in some of its leading festivals.

Here are four of the most famous which are all within easy reach of Windmill Lodges. So why not take a short break in one of our log cabins and soak up some of up the culture of East Anglia – as well as unwinding in your own luxury hot tub?

This festival is only around 17 miles from Windmill Lodges and attracts a lot of big names in the arts world. It started in 2002 and has been held every year since, usually in late February or early March. The main venue is the town’s Jubilee Hall.

The late crime writer PD James, who had a home in Suffolk and set many of her novels in the region, and playwright Alan Bennett both appeared at the inaugural event. Sebastian Faulks, former chancellor Nigel Lawson, and Nobel Literary prize-winners Doris Lessing and Harold Pinter have all featured in subsequent years. There is also a separate Aldeburgh Poetry Festival, held later in the year – usually November – at various venues around the resort.

Although this is better known for its music, the Latitude Festival also has a strong literary flavour. Poets, authors and playwrights have given performances, talks and recitals in the literary tent since the event began in 2006.

Poet laureates Carol Ann Duffy and Andrew Motion and writers Blake Morrison and Jonathan Coe are among the well-known names who have appeared at Latitude, and there have also been performances by the Royal Shakespeare Company and the National Theatre. The festival takes place in mid-July at Henham Park, near Southwold, around half an hour’s drive from Windmill Lodges.

This festival’s prime focus is on music, but it also has a strong literary flavour. Poet Roger McGough, former UK Children’s Laureate Chris Riddell and feminist author Kathy Lette have all given talks at an event which began in 2007 and is usually held every October (although in 2020 it’s taking a break for a year – but the programme of music recitals will continue). Most of the events are held at The Cut, and it’s one of the closest festivals to get to, as it’s only around 13 miles from Windmill Lodges.

Run by Ways with Words, who run similar events across the UK and abroad, this festival is separate from the Southwold Arts Festival, which takes place in late June and early July.

At Windmill Lodges, not only do you get a luxury hot tub, but all our lodges also have fully- fitted kitchens, TVs, free wifi, and an en-suite shower room. Two of our lodges, Woodpecker and Wagtail. are pet-friendly log cabins, with leads and dog bowls provided.

If you would like to take a short break in a log cabin in East Anglia, simply follow this link and fill in the online form to find out about our latest availability, or call us on 01728 685338.