We have a small lake here at Windmill Lodges approximately half an acre in size with an island in the middle and reed cover around the edge. With our lodges situated in a semi circle around the lake, guests can enjoy the peace and tranquillity it offers whilst spotting the varied wildlife our lake attracts. Please note we do not allow fishing on our lake.

Its great when guests let us know what animals they have spotted during their stay and we were excited to hear that these animals have been seen. Thank you to all our guests who have told us about their sightings, its great to let future guests know what to look out for. 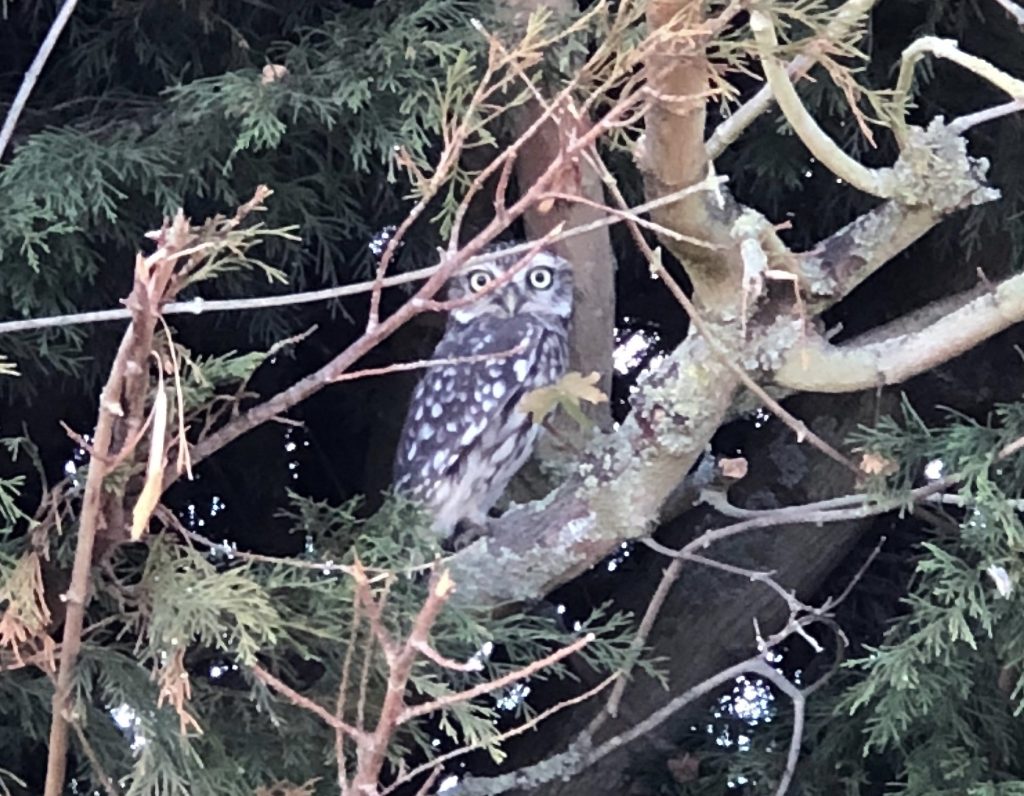 We were very excited to spot this little owl at Windmill Lodges!

Hippo in the Hot Tub!   We didn’t see this one personally but thank you to the guest who added it to the list!

Blue Damselfly             Seen between April and September around water and lakes.

Thank you to all our guests for their input, don’t forget to let us know what you have seen when you next stay with us.