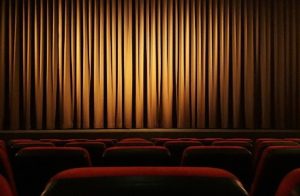 Suffolk is well served when it comes to the big screen, with a variety smaller independent cinemas and mainstream multiplexes all within easy driving distance of our Saxtead base. So, if you fancy taking in a movie while you’re enjoying a holiday in one of our log cabins in the heart of Suffolk, then you can pick between any of these venues.

This cinema has recently celebrated its centenary – it first started showing films in 1919. It was threatened with closure in the 1960s but a group of locals, including famous composer Benjamin Britten, bought the High Street premises to ensure its future.

It’s also the home of the Aldeburgh Documentary Film Festival and has attracted many famous guests, including David Attenborough and Melvin Bragg.

Like its Aldeburgh counterpart, Leiston Film Theatre is now over 100 years old – it first started screenings in 1914. It was threatened with closure in the 1970s, but the town council stepped in and provided valuable financial support.

The High Street premises have undergone significant upgrades in recent years and the theatre has won a host of awards from the cinema and tourist industries. There are usually two film screenings a day, and the venue also hosts a variety of other live shows, including concerts and comedy.

Previously known as the Woodbridge Electric Theatre, this theatre also has a programme of live stage shows as well as films. It opened in 1915 with a showing of Bulldog Drummond and currently has up to three screenings a day, with children’s films, live theatre broadcasts and arthouse pictures all featuring regularly on the schedule. If you fancy a bite to eat then the Riverside restaurant is on-site.

This was opened in 2002 by former Monty Python member and travel broadcaster Michael Palin, who has a longstanding affinity with the resort. The Picture Palace is located in Black Mill Road and shows films in four seasons every year (Spring, Summer, Autumn and Winter) with a short break in between. It takes its name from Southwold’s first film theatre, which was opened in nearby York Road.

This venue has recently undergone a major upgrade and is now a three-auditorium cinema with as many as 10 screenings of different films on a daily basis. The Regal still shows local theatrical productions, as well as music and comedy.

The £3.6 million project also includes improvements to the foyer plus a new bar. The theatre is owned and run by Stowmarket Town Council and is located next to the town’s Ipswich Street car park.

If you want to go a little further afield to catch the latest blockbuster, then Ipswich or Bury St Edmunds are the nearest venues to go to. Ipswich has an Empire Cinemas complex in the Buttermarket Shopping Centre and a Cineworld complex in Cardinal Park. Ipswich Film Theatre operates in the town’s Corn Exchange and also shows independent and arthouse films.

Bury St Edmunds has an eight-screen Cineworld close to the town’s multi-storey car park on Parkway. The town’s Abbeygate Cinema, which is in Hatter Street, also shows arthouse and independent films.

Authentic Log Cabin Holidays in the Heart of Suffolk

After you have enjoyed your film, you can return to your own private hot tub at our Saxtead site. Our range of 4 and 5-star lodges are perfect for family holidays, romantic getaways or short breaks. We also have two dog-friendly lodges if you want to bring your pet with you.

To book your holiday with us, visit our calendar to check availability.

If you are unsure about making a reservation due to the coronavirus pandemic, we are currently operating a Book With Confidence scheme. This means, in the event of any Government-imposed coronavirus restrictions, you can either transfer your booking to another date, receive a credit voucher or request a full refund.

Please note, this scheme will not provide cover if you cannot take your holiday due to falling ill with COVID-19 or you are advised to self-isolate. In these circumstances, it may be worth considering taking out personal holiday insurance.