Framlingham or “Fram” as the locals affectionately call it, is quite simply, beautiful. Country Life magazine voted it “The best place to live in Britain” in 2006 and it hasn’t changed that much since. It is an idyllic and quintessentially English town. It’s location, inland from the coast denies it the coastal charms of say, Aldeburgh or Walberswick but what it loses in sea and sandcastles, it more than compensates for, in olde worlde beauty and charm.

Visiting Framlingham for the first time, you will be immediately struck by the peace and tranquillity of the place. It has an almost majestic feel about it, unhurried and undisturbed by the happenings of the outside world. This is possibly due to the fact that for a large part of its history is guarded and overseen by the 13 towers and huge stone wall, of Framlingham Castle, which stands, or at least partially stands now, at the northwest corner of the town.

Constructed in the late 12th century, the castle was called into battle just once in 1216, during the reign of King John. Throughout its time as a living, working, inhabited castle, it has played host to many a Duke and Earl and even, for a short time Queen Mary Tudor.

It’s previous owner history reads like a veritable who’s who of the English gentry. Passed occupancies have seen the likes of the Bigods (1100-1306), Thomas Plantagenet and his descendants (1312-1375), the Mowbray Dukes of Norfolk (1375-1481), and the Howard Dukes of Norfolk (1481-1535). All were notable recipients of high royal honours. Nowadays, the remains of this magnificent building are under the care of English Heritage who will ensure it continues to be a source of fascination and education for many years to come.

Framlingham is not all about its castle though; archaeological digs and surveys describe Framlingham as being of great historical importance. There has been a settlement here since Anglo Saxon times and it is mentioned in the Doomsday Book of 1086, when it consisted of several manors which William the Conqueror (1066-1087) presented to the first of the Bigods. Its beautiful Mere forms a rare wild life habitat in Suffolk, which attracts a stream of migrating birds and plays host to swathes of unusual and very attractive meadow flowers.

Market days in Framlingham are held regularly on Tuesdays, Fridays and Sundays and many of these will be traditional Suffolk farmers markets, attracting different farmers and their produce from all over the county. If you are lucky enough to be in the vicinity on one of these occasions, you can look forward to wide ranging feast of delights from honey to fish, breads, vegetables and meats of all kinds.

You will also find in Framlingham many traditional shops and a number of excellent pubs and restaurants.

Holidays in Suffolk – click here to view our lodges. 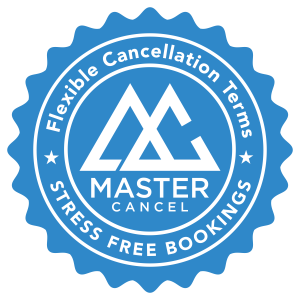